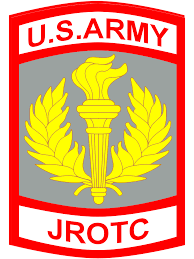 Born in Bronx New York. Attended Bellport High School in Bellport, Long Island, New York, Suffolk County. I the Army in September 1978 and retired in October 2004 as a First Sergeant. I was stationed in Korea 3 separate years, Oklahoma for 4 years, Georgia for 10 years and Philadelphia for 4 years which is where I retired. While on terminal leave, I began working as the Army JROTC Instructor at Pemberton Township High School in June of 2004. I have two sons that are presently serving in the Army as a Lieutenant Colonel and Master Sergeant. I also have a granddaughter who is 14 years old. I recently remarried after losing my wife approximatly 5 years ago. I recently remarried in August of 2019. I enjoy and except the task of working with today's youth. Everyday is a challenge for them and I have the pleasure of watching many of them hurdle over the challenge and gain positive ground as a result. I'm known as dad to many students and I treat them as if they were my own. They need tough love, to be treated with respect, sometimes someone to talk to and more imortantly, someone to listen to what they have to say.